The national cotton pests monitoring network, maintained by the Ministry of Agriculture mandates the main cotton-producing counties to collect yearly data on pest infestation levels and insecticide applications for key cotton pests following national standardized monitoring and categorization methods. Tailored scouting methods were used for different pests. In each county, 10–20 fields were selected for pest monitoring in each year. Insect populations were recorded every 3–10 days from early June to late August each year, and the seasonal average abundance across the surveyed fields were used for scoring using a five-point scale of levels I–V. Data on the number of insecticide applications targeted at specific pests were collected by interviewing farmers at each scouting to estimate yearly pest-specific total number of sprays for each county. While the detailed data collection methods and protocols should inspire confidence in the data, the reliability of the pest level data depends on the accuracy, knowledge, and honesty of the respondents, as is the case with any non–first-hand data.

County-level land use data were drawn from a national land cover/use database developed by the Chinese Academy of Sciences, using satellite remote-sensing data from the Landsat Thematic Mapper/Enhanced Thematic Mapper images. The database offers the most comprehensive coverage of China’s land use/cover and has been used in a number of published studies. The land use data for 6 years (1990-2015) at 5 years interval were extracted. The proportional area for each six main land use classes as well as the Shannon index for land use diversity for each county for six years was computed. Land use proportions in the intermediate years (e.g., 1991, 1992, 1993, 1994, 1996, etc.) were calculated by linear interpolation between the data.

IFPRI is a CGIAR Research Center 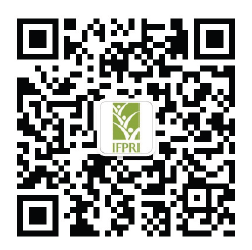